Reforming the Baseline Mansionization Ordinance ~ A Conversation with Shelley Wagers 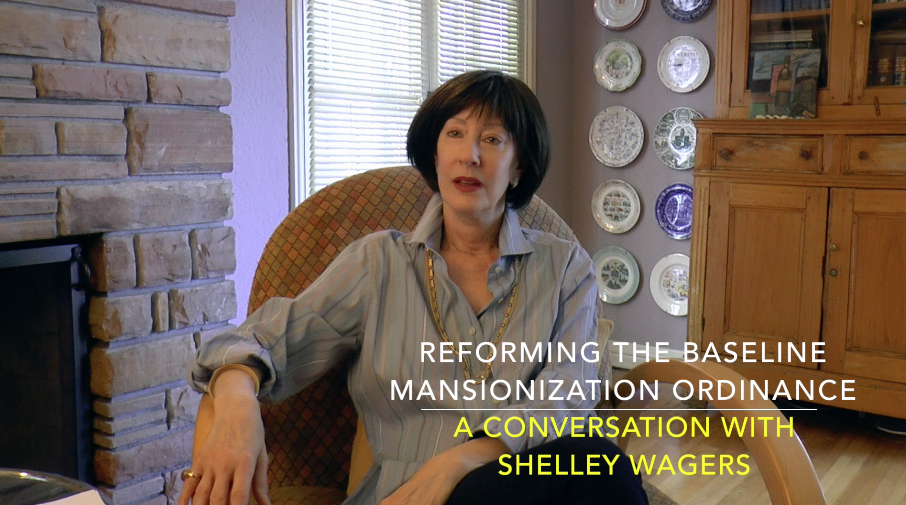 A Conversation with Shelley Wagers

The rapid spread of mansionization has overwhelmed neighborhoods throughout Los Angeles. The Baseline Mansionization Ordinance [BMO] enacted in 2008 was supposed to stop McMansions, but the loop-hole riddled legislation has proven to be completely ineffective.

The Miracle Mile is currently in the process of creating an Historic Preservation Overlay Zone [HPOZ]. The principle purpose of the HPOZ is to preserve the historic character and scale of our neighborhood, but the failure of the BMO to thwart super-sized homes also played a critical role in deciding to pursue the iron-clad protections afforded by an HPOZ: it the only guaranteed way of stopping mansionization in the Miracle Mile.

Although the MMRA believes that an HPOZ is the best solution for the Miracle Mile, we fully support reforming the BMO for the benefit of the City at large. One of the leaders spearheading the effort to to fix the BMO is Shelley Wagers, a long-time community activist and resident of the Beverly Grove – a neighborhood that was ground zero for mansionization.

In this interview Shelley provides a history of the original BMO; why it hasn’t worked; and what is being done now to repair the ordinance. She also talks about the long and bitter struggle to create the Beverly Grove Reduced Floor Area Overlay Zone. Shelley is a keenly intelligent and articulate person. She has a knack for making complex issues understandable – she is also very good company.