•Over $8,000 in contributions to HPOZ Fund to date 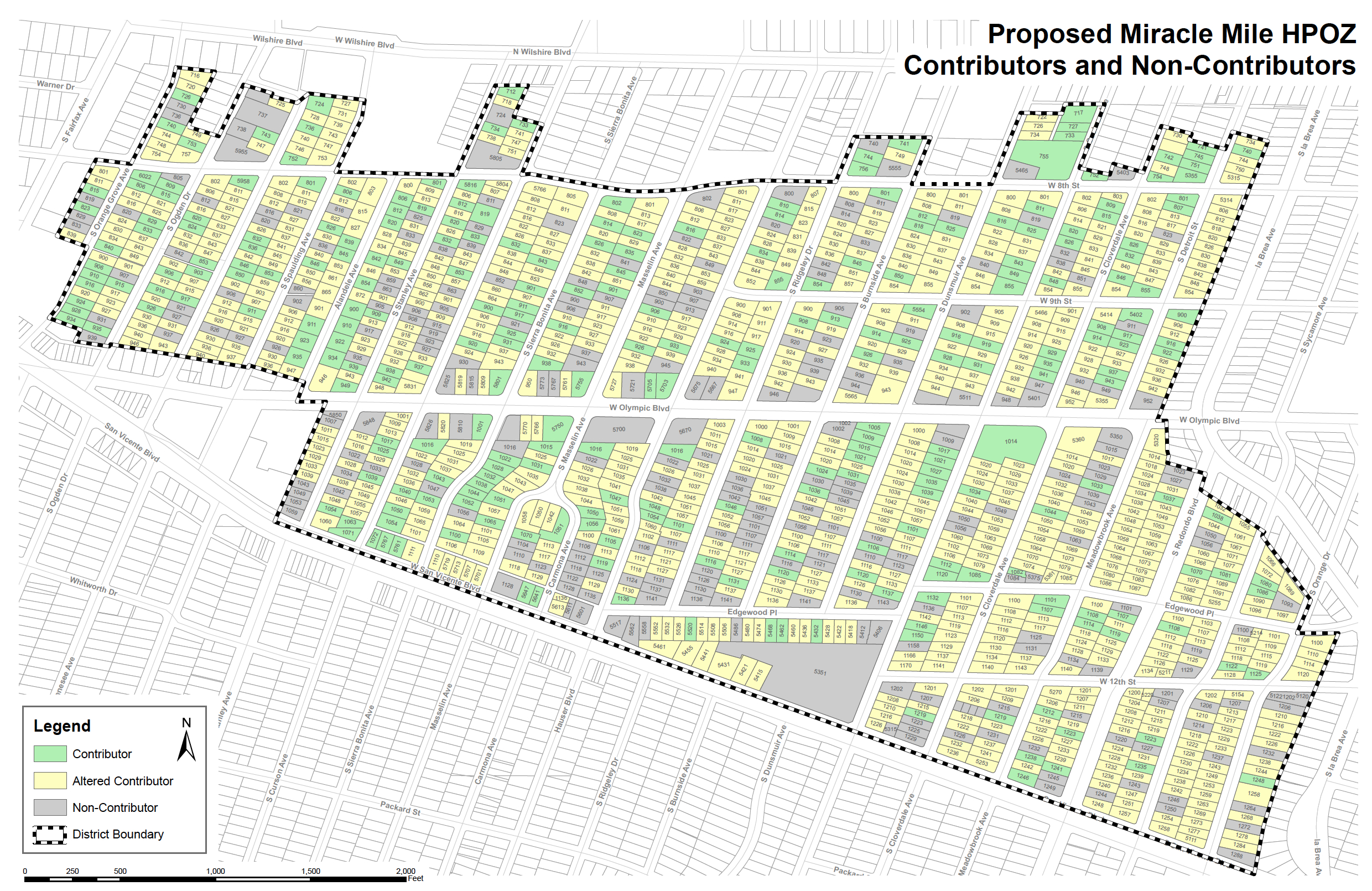 Architectural Resources Group [ARG] has submitted the preliminary draft of the Miracle Mile Historic Resources Survey Report to the Miracle Mile HPOZ Committee for review. The final version of the report will be augmented with historic and current photos and other relevant information.

ARG is in the process of compiling individual DPR forms for each property. “DPR” is an acronym for the California Department of Parks and Recreation. A DPR form is a standardized state form for documenting historic resources. It includes basic information – address and a property description – and a photograph of every property within a historic district. These DPR forms will be included in the final report.

The draft report reveals that nearly 8o% of properties within the proposed HPOZ boundaries qualify as either contributors or altered contributors [see map above]. The report lists the status of every property by address within the survey area. “We are very pleased to have such a high percentage of contributing properties and to know that so much of our historic neighborhood is intact,” said Mark Zecca, Chairperson of the HPOZ committee. “It adds to our motivation to get our HPOZ adopted before McMansions or high-density apartment projects reduce our numbers.” 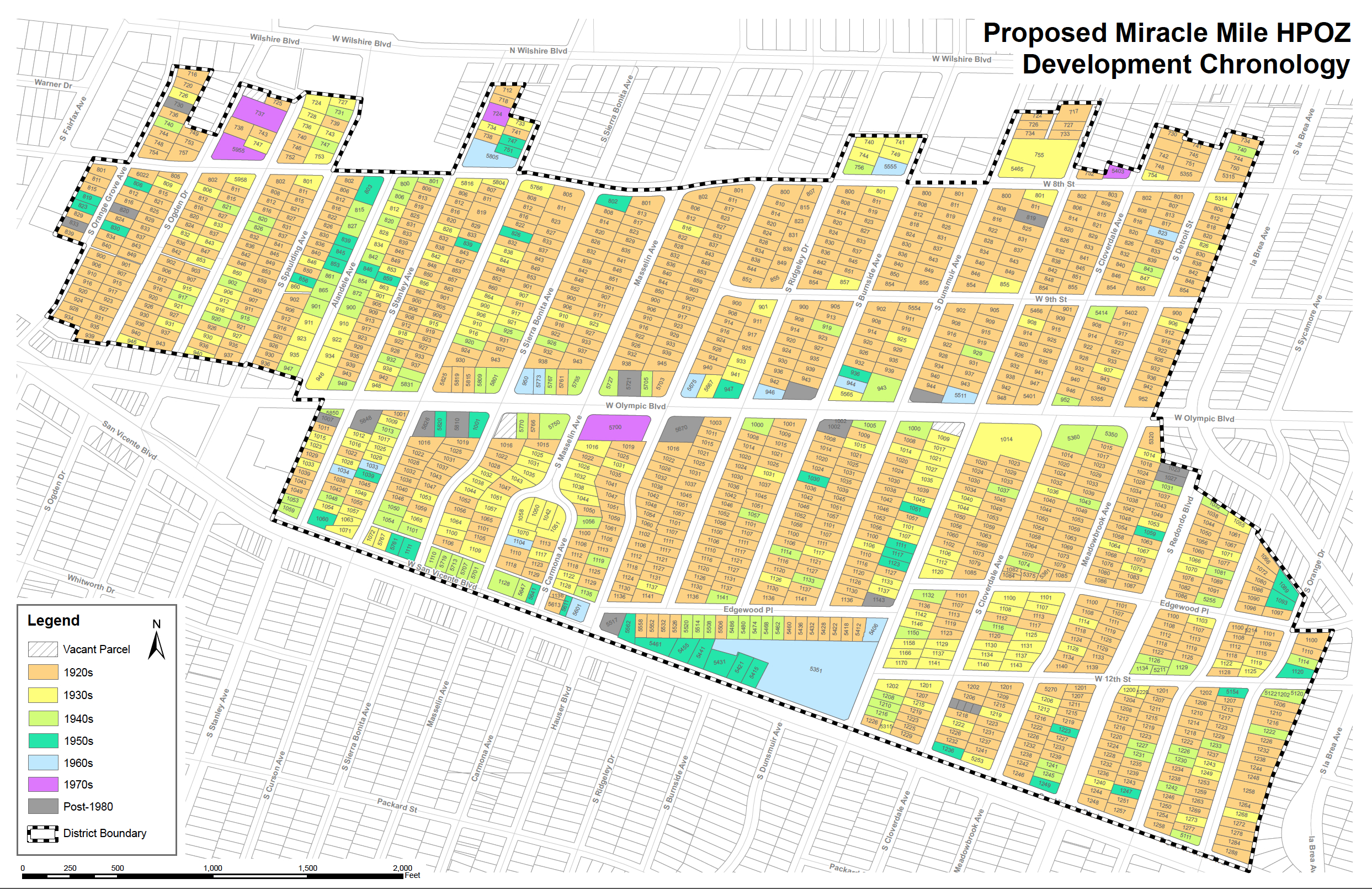 “After the most intense period of the Miracle Mile HPOZ’s
development from 1922 to 1930, construction was slow but steady, seeing a drop during World War II and a postwar spike until eventually leveling off in the early 1950s.”

ARG did advise the committee that the contributing/non-contributing status of a few properties may change upon careful review of the DPR forms, but they anticipate only a slight change to the final tally. Detailed definitions of “contributor,” “altered contributor,” and “non-contributing” properties can be found in the draft report – along with a fascinating history of the Miracle Mile.

Since the draft report was issued two four-plexes at 716 and 720 South Orange Grove Avenue were identified as part of the properties assembled by Metro on the south side of Wilshire Boulevard between Odgen Drive and Orange Grove that will be demolished to make way for the construction of the Wilshire/Fairfax Purple Line subway station. These two properties will be removed from the HPOZ in the final report and maps.

ARG will submit the final report to the Los Angeles City Department of Planning’s Office of Historic Resources in September. ARG was retained by the MMRA to prepare all of the documentation required for HPOZ adoption and to serve as a consultant to the Miracle Mile HPOZ Committee.