Thunderstorms are an infrequent occurrence in Los Angeles. Last November all sides in the ongoing and often litigious development wars in Los Angeles – those who see density as a cure for all that ails us and those NIMBYs who want to embalm L.A. as it was 20 years ago – were caught off guard by the sound of thunder. A group named the Coalition to Preserve L.A. proposed a ballot measure that would establish a moratorium of up to two years for any development project that does not adhere to existing planning regulations or requires a City Council vote to change the zoning of a particular site.

In simple terms, the Neighborhood Integrity Initiative would hit the pause button on the “spot zoning” that allows a project to be bigger, taller, or have less parking than the existing rules permit.

At first, both friends and foes of development were puzzled and asked each other was that thunder? Then, when it was learned that Michael Weinstein, president of the AIDS Healthcare Foundation, was spearheading the effort, everyone realized that a perfect storm was approaching.

Curiosity pivoted to alarm because Weinstein had recently demonstrated his political muscle and savvy by launching a successful ballot initiative to require condom use at adult film shoots. He’s brought former L.A. Weekly editor Jill Stewart on board as campaign director, so this shapes up to be a battle royale.

The battle-weary individuals and groups who have been fighting mega-developments for years reacted to proposed ballot measure quickly with astonished, but grateful relief: the cavalry was on the way. The proposed two-year moratorium on spot zoning offers a much needed cease fire. It is a game changer that would force the city to play by the rules.

It took a little longer for the pro-density, pro-development factions to realize that the not-so-distant thunder was actually the sound of incoming cannon fire.  A poll revealing that 2 out of 3 residents support the proposed initiative was a real wake-up call. Recently opponents have mustered their forces and begun to fight back [see links below].

Construction trade unions and affordable housing advocates are rallying their troops, too. And, Mayor Eric Garcetti suddenly hired a new city planning director and now professes a willingness to craft some compromise with initiative backers in hopes that a deal could derail the measure, which must collect over 60,000 signatures to get on the November 2016 ballot – a prerequisite that no one doubts will be met.

The distress of the pro-density group is compounded by the fact that all sides in the development wars acknowledge that spot zoning is the worst possible way to do urban planning – and its elimination is the most salient and sellable aspect of the ballot measure. But opponents of the initiative argue that the zoning rules are outdated, that it’s too difficult and time consuming to revise the community plans that establish the guidelines for new development.  The only way that L.A. can change or grow to accommodate new housing, they say, is by granting parcel-by-parcel exemptions. 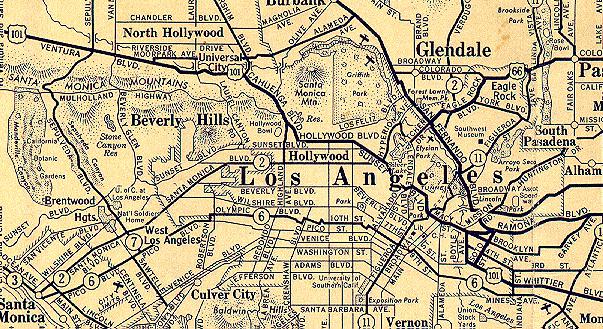 Initiative supporters counter that elected officials are trading these zoning exemptions for campaign contributions from real estate developers. The system is broken and they’re calling for a time-out to repair the procedures and restore trust in the planning process.

It is, indeed, a perfect storm. Both sides of the battle are beyond frustrated, they are furious with each other. The future of Los Angeles and its quality of life is at stake.

The Miracle Mile Residential Association is a non-partisan organization. Our most important responsibility is to provide the information our residents need to make well-informed decisions. In this issue of our newsletter we feature an opinion piece by Tim Deegan, a longtime community activist in the Miracle Mile, in support of the Neighborhood Integrity Initiative, as well as a video interview with Jill Stewart, the ballot measure’s campaign director.

The MMRA is committed to fully exploring all sides of the issue and as editor I look forward to providing those who oppose the initiative a full opportunity to make their case, whether it be in this newsletter or via an video interview on the MMRA Channel on YouTube. Consider this your invitation. This is a debate that is long overdue. I welcome it. And I encourage the residents of the Miracle Mile – and the city at large – to do their homework and take a stand on what sort of Los Angeles they want to live in.

CityWatch, 4 Feb 2016: How to Smoke Out Flacks for Luxury High-Rise Projects Who Masquerade as Friends of the Down-and-Out