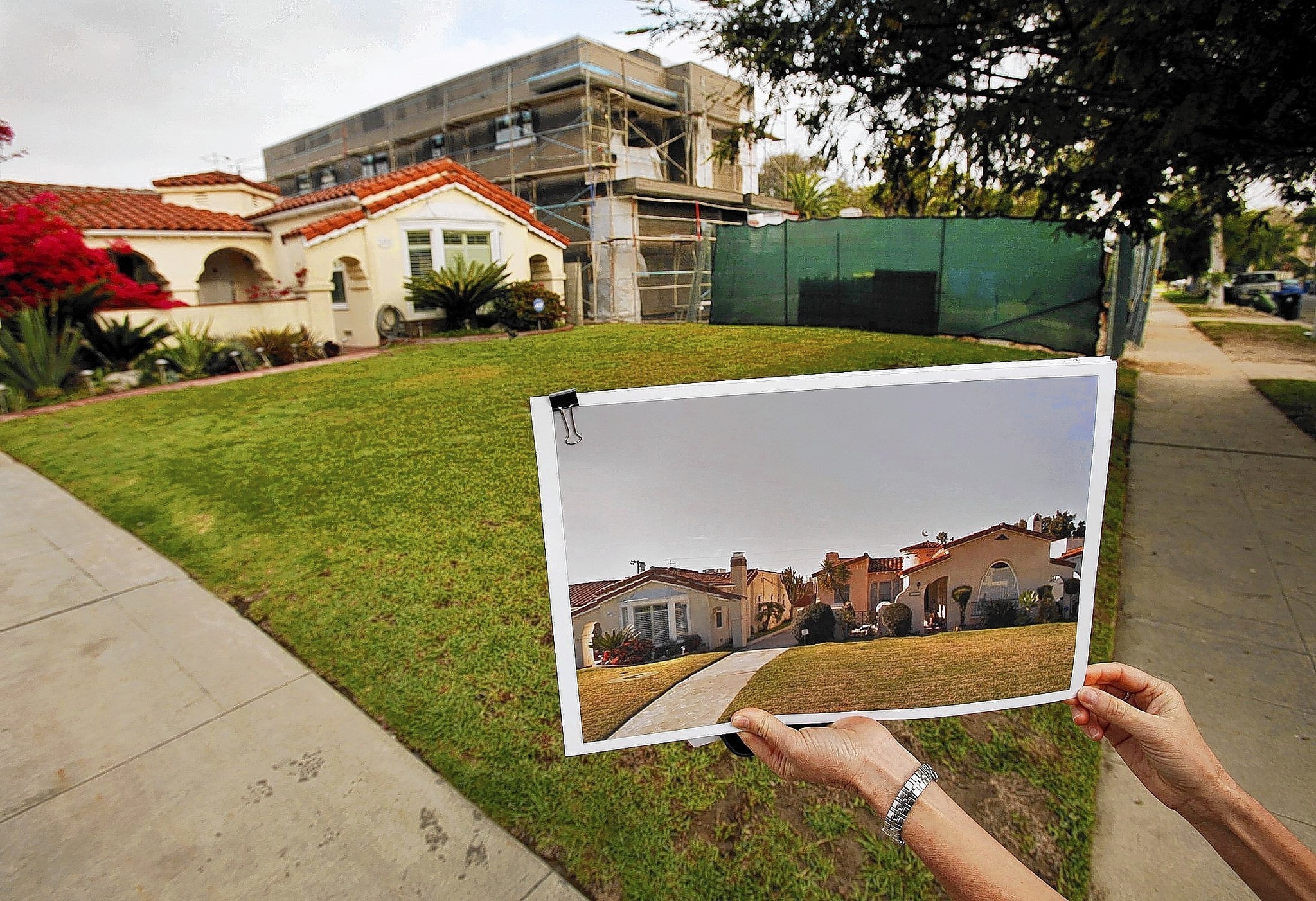 for R-1 Zoned Properties in the Miracle Mile

On September 4, 2014 the Miracle Mile Residential Association’s Board of Directors unanimously approved a motion in support of seeking Reduced Floor Area [RFA] District status for R-1 zoned properties in the Miracle Mile. On behalf of the board, MMRA President James O’Sullivan sent a letter to District 4 Councilmember Tom LaBonge formally requesting that he introduce a motion directing the Department of City Planning to draft a RFA overlay for the Miracle Mile limiting the base Floor Area Ratio to 0.42, increasing the side-yard setbacks of two-story homes and eliminating exemptions for over-height entries, balconies, covered porches, and attached garages. 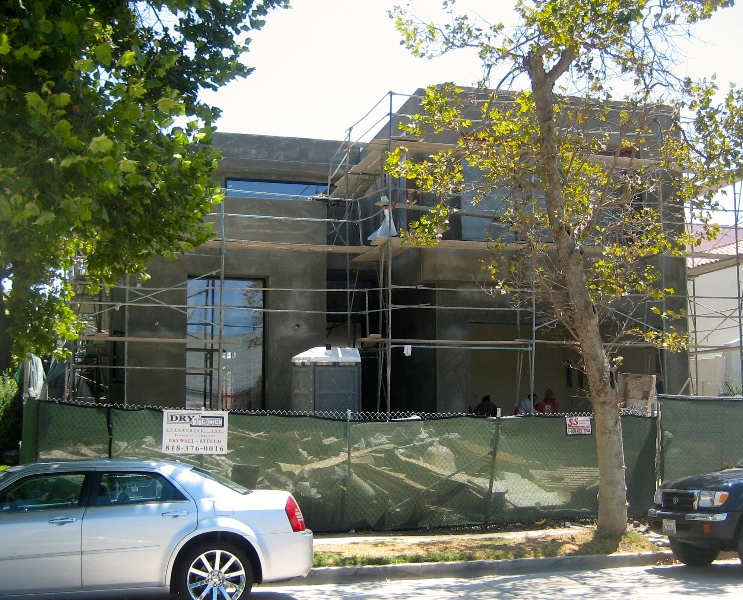 The construction of a “McMansion” at 808 South Ridgeley [right] has galvanized the community to take this action. The implementation of a RFA would plug loopholes in the existing Baseline Mansionization Ordinance [BMO] and stop the construction of additional “super-sized” homes. A RFA would also serve as a stopgap measure to preserve the scale of our neighborhood while the community continues to do the consensus building required to create a Historic Preservation Overlay Zone [HPOZ] that would protect the traditional design and fabric of the Miracle Mile.The MMRA had hoped that recent efforts to reform the BMO would make this step unnecessary, but there is no relief in sight. The Miracle Mile is surrounded by HPOZs and by other neighborhoods that have already secured or are actively pursuing RFA status thwarting mansionization. It is apparent – given our lack of RFA and/or HPOZ status – that the Miracle Mile has become an easy and obvious target for developers of McMansions.A Reduced Floor Area District [see map] would limit the square footage for new construction and the remodeling of existing homes. It would only apply to single-family homes that are zoned R-1. Details of the proposed ordinance are contained in the letter the MMRA sent to Councilmember LaBonge [click here to read letter]. 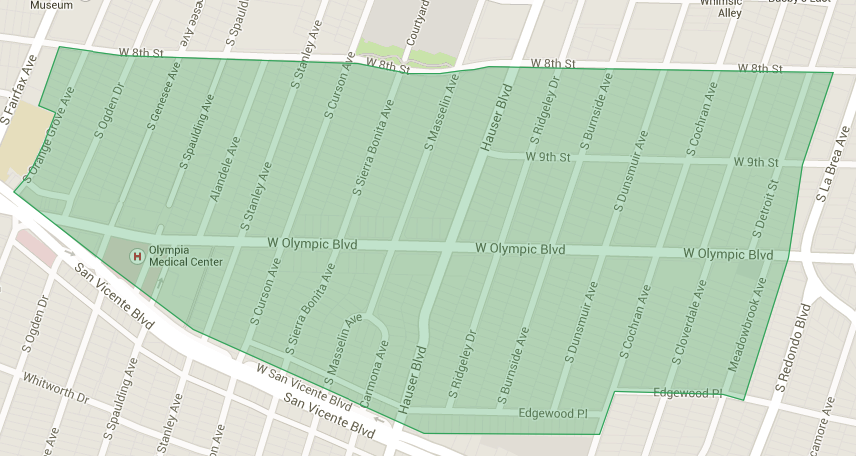 Once the Department of City Planning launches the process of drafting a RFA overlay for the Miracle Mile they will hold a series of public hearings and workshops to garner community input. Although less time consuming and complex than creating an HPOZ, a RFA could take as long as a year (or more) to implement due to budget cuts and staffing shortages at the Department of City Planning – and the fact that the department is being deluged by new RFA applications from communities across the City that are desperate to stop mansionization. In Council District 4 alone there are already four RFAs waiting for action – the Miracle Mile would be the fifth RFA in this holding pattern.

It is a sad commentary on the state of our City that our leaders lack the political will to reform the Baseline Mansionization Ordinance in order to protect our historic and traditional neighborhoods from the intrusion of mansionization – and that residents must resort to creating RFA Districts to stop what the BMO was expressly intended to prevent. But it is very clear that our residents are ready to take any and all actions necessary to protect the quality of life in the Miracle Mile.

Preliminary Results of the Mansionization-HPOZ-RFA Survey