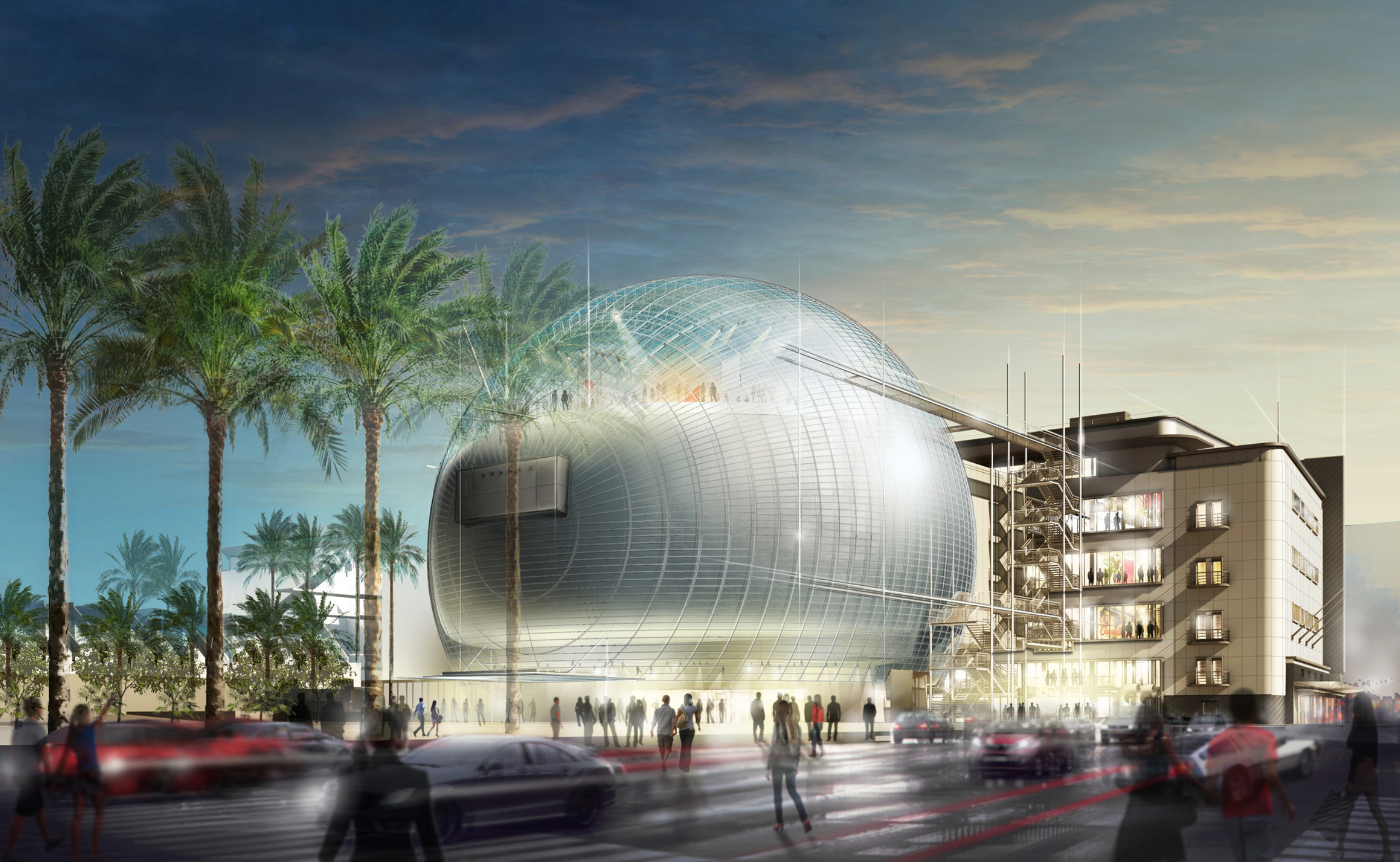 On March 16, 2015 the first public hearing on the proposed Academy Museum of Motion Pictures and special events center was held at City Hall. Hearing Officer Luciralia Ibarra took public testimony on the many zone changes, variances, and special approvals the Academy of Motion Picture Arts and Sciences is seeking. The new museum and events venue will transform the former May Co. at the northeast corner of Wilshire Boulevard and Fairfax Avenue.

The Miracle Mile Residential Association [MMRA] supports readapting the May Co. building for use as a motion picture museum. However, we strongly oppose the Academy’s request for the creation of a digital sign district, which circumvents the hard-won guidelines of the Miracle Mile Community Design Overlay District and will convert the historic landmark into an electronic billboard. We also oppose the demolition of one-third of the historic building to make room for an adjoining 1,000-seat theater that will be heavily promoted for celebrity premieres, screenings, and large events.

Architectural critics have described the project as “a special events center masquerading as a museum.” The array of variances, zoning changes, and conditional use permits requested by the Academy lends credence to this charge: How many museums require catering facilities to host private affairs for 1,350 people? Or rooftop terraces seating 800 people? Or their very own digital sign district?

Some museum experts predict that the new museum will attract a million or more visitors per year – yet the Academy is unwilling to build any new off-street parking for the project. They maintain that the adjacent Los Angeles County Museum of Art has ample parking to spare. Residents of the Miracle Mile find this ludicrous. Visitors to LACMA frequently park on nearby residential streets when LACMA’s underground garage and/or Spaulding Avenue parking lot are full (or just to avoid paying for parking). The idea that a million new visitors to the Academy Museum will not create parking intrusions into the Miracle Mile defies common sense.

MMRA President James O’Sullivan submitted detailed written arguments against granting the approvals and zoning changes. He attended the hearing with MMRA Vice Presidents Alice Cassidy and Ken Hixon, who voiced their opposition to the project as proposed. Cassidy questioned the public benefit of a special events center intended principally to host private events.

Carthay Circle Homeowners Association and Beverly Wilshire Homes also had representatives at the hearing to express their opposition to the project.