Carthay Circle Theatre (with Dan the Miner statue) postcard, circa 1931 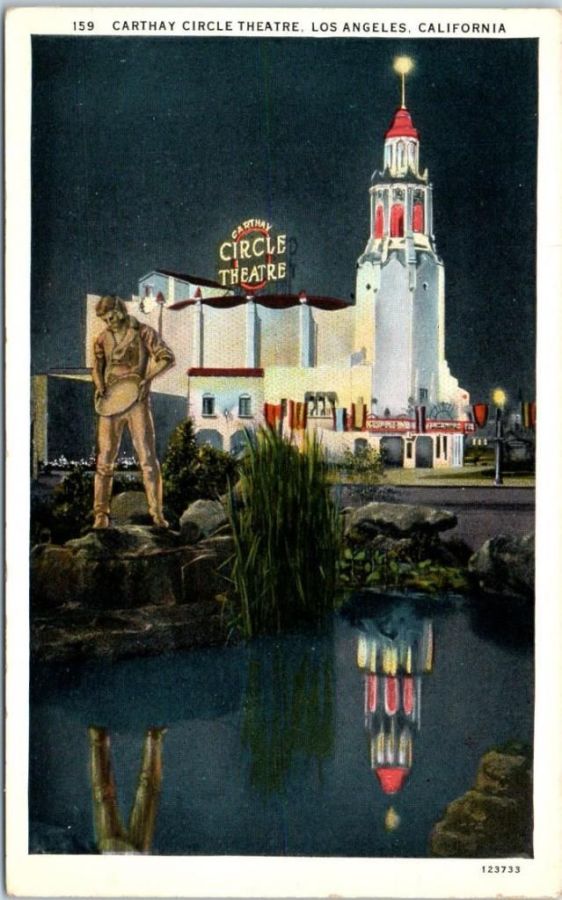 Carthay Circle Theatre (with Dan the Miner statue) postcard, circa 1931. The “Dan the Miner” Statue has stood in Carthay Square since 1925. Originally titled “The Pioneer” by sculptor Henry Lion, it stands about seven feet tall and weighs 512 pounds. He was designed as part of a fountain that stood in Carthay Center, and like many other works of art in the area, he celebrates the explorers who settled the west. He holds a pan from which water once flowed to a pool at his feet. The statue is now located on a median at San Vicente between McCarthay Vista and Del Valle Drive.

This site uses Akismet to reduce spam. Learn how your comment data is processed.