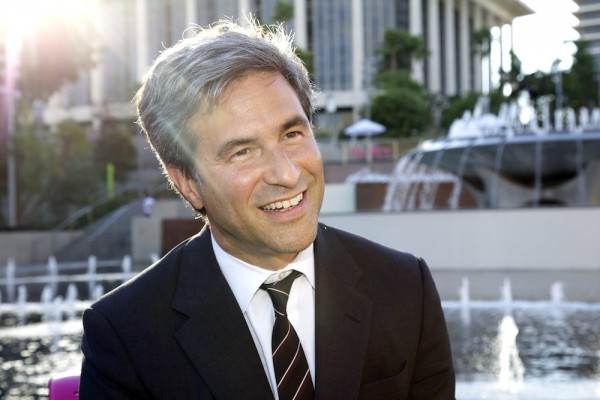 Supervisor Ridley-Thomas: Is this Michael Govan Day in L.A. or what? We’re trying to figure that out. Did you know what today was?

Michael Govan: That today was?

Supervisor Ridley-Thomas: Yeah, Michael Govan Day in the city, in the county of Los Angeles? Did you know that? It is. Thank you.

On November 5, LACMA’s plan to build a new museum that would span Wilshire Boulevard got its first enormous contribution. To help kick off the Museum’s fundraising campaign to build the proposed Peter Zumthor building, the Los Angeles County Board of Supervisors opened the public treasury and signed a check for $125 million. The gift, hailed as proof of the county’s commitment to art and culture, whizzed through on a unanimous vote, but it seems neither the supervisors, nor the reporters present that day, had read the fine print. The colossal sum was not nearly enough, it turns out, to get the ball rolling on the Swiss architect’s $600 million (and-climbing) oozing mega-structure. So, the Supervisors agreed to kick in another $300 million – this in the form of a government-issued bond to be repaid over 30 years by LACMA’s patrons and donors.

Even for the multi-billion dollar county, $425 million is a pile of money.  One would have hoped that the self-avowed fiscal conservatives on the board – among them, the socially liberal but financially prudent Zev Yaroslavsky – might have questioned how the money would be repaid and what the citizens are getting in return.  Yet, to hear the string of fulsome remarks by the Supervisors themselves [see link below], the mere appearance of LACMA chief Michael Govan was sufficient recompense for the public’s investment. One of the fawning Supervisors declared it “Michael Govan Day” – only to be told that such a decree violated the state’s Brown Act, and thus had to be withdrawn. LACMA’s imperial and expansionist dreams, it seems, justify the taxpayers’ gifts and loans without inquiry, investigation, or a single note of caution. 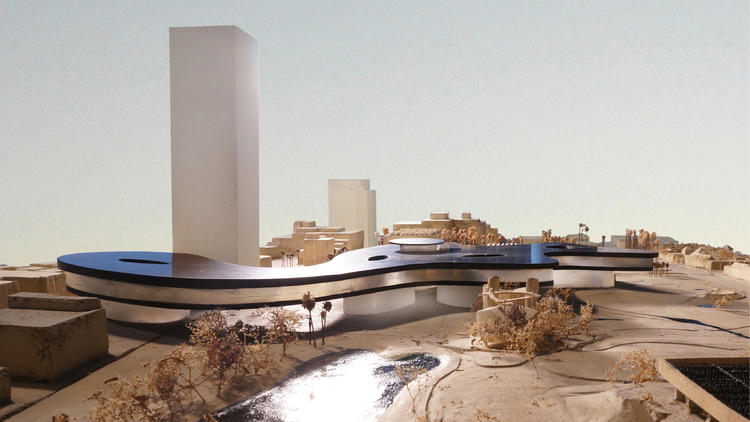 Some math is useful here. The County’s Chief Executive Officer, William T. Fujioka, laid the facts out to the Supervisors in his November 5 report. The citizens of Los Angeles county will donate $125 million to LACMA – a gift that will ultimately cost the county $10 million a year for fifteen years, topping out at $150 million. That’s the money that made the headlines. Since LACMA can’t raise the remaining $475 million in construction funds fast enough, the county has agreed to step up, to “provide adequate and timely funding for the proposed Project during its eight year delivery schedule.” That’s the $300 million bond, which will saddle LACMA with new debt of $18 million a year – adding up to $540 million over the 30-year lifetime of the loan. And that assumes the price tag for Zumthor’s creation will actually be $600 million. There are many independent estimates that put the figure at closer to $1 billion. Will the county close that gap, too?

If the past is prologue, there is ample reason to question the soundness of these arrangements. As the Supervisors know well, LACMA is already burdened with debt, and those debts have forced the Museum to compromise recent plans, to the public’s detriment.

The story begins in 2001 when LACMA undertook “Transformation,” its self-proclaimed plan to march west toward the May Co. building. For $50 million, that landmark was going to be refurbished to add 20,000 square feet of gallery space, renew the Boone children’s gallery, and carve out office space for staff. But the money had to be diverted because Museum Associates, which runs LACMA, couldn’t repay the $383 million debt it had amassed to build the Broad Contemporary Art Museum and the Reznick Pavilion. During the deepening recession, LACMA couldn’t bear the costs of restoring the May Co. while shelling out $15 million a year for the debt service for the BCAM and the Reznick. Thus, the May Co. renovation was jettisoned. 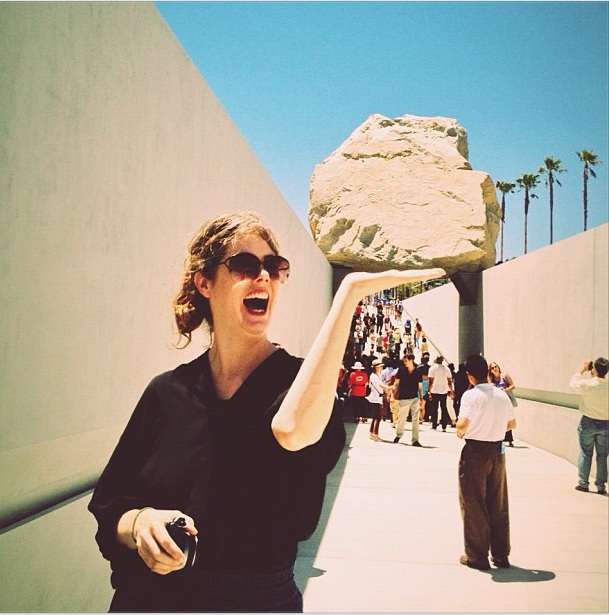 While everyone’s attention was focused on the delivery of Michael Heizer’s very large rock, LACMA’s finances were sinking like one. Its debt was nearly twice as large as New York’s Metropolitan Museum of Art and almost $100 million more than the Museum of Modern Art. The viziers on Wall Street weren’t as easily diverted by the “levitated” spectacle as the citizens and their elected representatives were. The Museum’s bond rating, then perilously close to a default, was downgraded, which put the institution in the unfortunate position of having to find a way to re-leverage itself.

The answer came when a seemingly friendly marriage was arranged between the Motion Picture Academy of Arts and Sciences (which had failed more times than can be recounted to open a museum) and LACMA. The Academy agreed to an up-front payment of $36.1 million to lease the 300,000 square-foot May Co. building and a chunk of real estate along its backside for the next 110 years. The Academy would get a museum and LACMA was free to reschedule its debts. For the Academy, it was a sweetheart deal; for the public, not so. The Academy paid the pitiable sum of ninety-two cents per square foot in virtual perpetuity, when the cost of much less glorious and valuable space across the street on Wilshire is four dollars a square foot and climbing. Govan told the Los Angeles Times in June of this year, “The idea was not to haggle, not to make an issue of money; whatever was fair was fair.”

The difference between market rents and this no fuss, no mess deal comes directly out of the taxpayer’s pockets, since the County already furnishes LACMA with $30 million a year in operating costs. In effect, the County is now subsidizing the Academy, one of the richest institutions – with access to seemingly unlimited Hollywood money – in the universe.

All disappointing evidence that LACMA lacks fiscal accountability. Now it is proposed that in addition to its current annual tab of $15 million in debt service, another $18 million be heaped on. For the foreseeable future, LACMA would be more than $1 billion in debt. What will this staggering sum mean to the County when the next recession hits?

And, while everyone agrees that public subsidies for the largest encyclopedic museum west of the Mississippi are worthy, shouldn’t forking over $690 million (the real price of the debt repayment) have some steely strings attached. For example, who will own the new Museum if it ever gets built? Will County negotiators extract a guarantee that LACMA have free admission when the new building opens? (The Hammer, in Westwood, is now free, and the new Broad Museum, in downtown, will be as well when it opens in fall 2015.) And, at long last, will the public be given seats on the Museum’s Board of Trustees – that exclusive, self-anointing body of the super-rich who govern LACMA?

Even if Museum director Michael Govan’s plan melts into the tar that Peter Zumthor says inspired his design, these questions will remain. If the Los Angeles County Museum of Art  – whose very name embodies its public heritage – is to be a truly civic institution, then what better time that now, on the brink of its receiving more than a half a billion dollars from taxpayers, to ask for genuine accountability and a place at the table for its true stakeholders?

November 5, 2014, Meeting of the Los Angeles County Board of Supervisors: Transcript

Greg Goldin is the coauthor of Never Built Los Angeles and a curator at the A+D Museum. From 1999 to 2012, he was the architecture critic at Los Angeles Magazine. He is a longtime resident of the Miracle Mile and was featured in the MMRA Channel’s YouTube presentation: “The Miracle Mile in Three Tenses: Past, Present, and Future.” Greg is an occasional contributor to this newsletter; “LACMA: The Sky’s the Limit” appeared in the August 2014 edition.